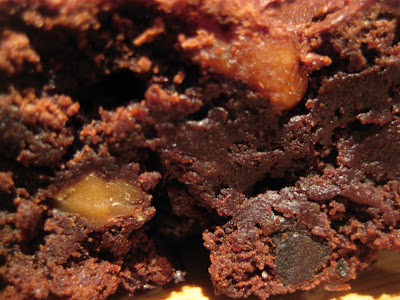 So we just shut the cafe, bakery and deli for the season, but that hasn’t meant we’ve stopped thinking about baking, food or new ideas! In fact I was having a friend come by, to help fit a multi fuel stove in our fireplace, and I looked out at the dreary west cork sky then, decided it was a good day for brownies. I’ve been eyeing a recipe on David Lebovitz’s site for gluten free brownies (our recipe for a gluten free version was good, but had a grainy texture do to the substitution of rice flour), his uses corn flour in place of plain flour.

You can find the recipe here. I didn’t have the cocoa powder so i didn’t add it, and the results were still really nice, a good crust to gooey-fudgy ratio. (i’d say the added cocoa would really up the chocolate ante.) Im still getting to grips with my home oven, so the bottoms were extra caramelized, they have disappeared none-the-less! It might take a bit of persuading to convince Shannen to change the “house brownie recipe,” that we’ve been using for ten years (the official anniversary is this May!), but I think these are a winner.
taylor